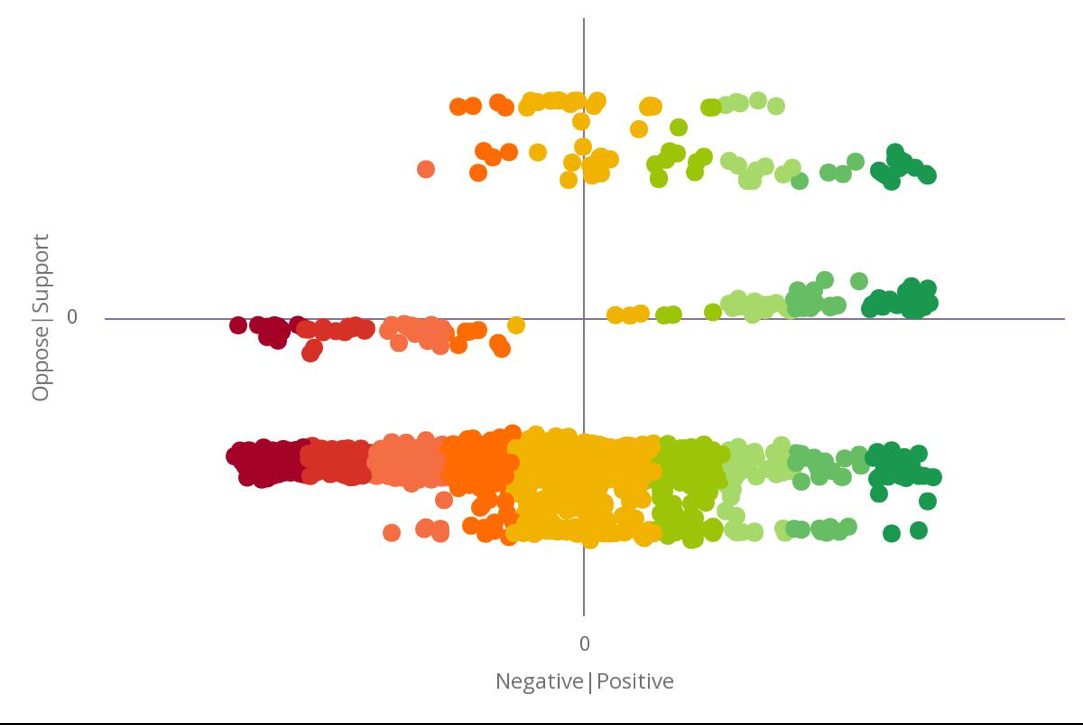 Last year I asked an intern to review the 2015 docket in detail to identify risks and opportunities we might not have considered. We established 25 categories of analysis and applied it to 9,467 comments. The process took two months and more than 300 intern hours. Copywriting is still reviewing the manuscript.

Recently I became acquainted with a firm that claims they can analyze a docket legislative or regulation and deliver sentiment map in seconds. They mentioned “machine learning” capability to achieve this goal so I was intrigued.

I asked them to apply their algorithm to our current docket. Sure enough I received a sentiment map in less than 30 seconds. This is what it said:

A few thoughts came to mind looking at this data. First, 43 percent of these comments could not be analyzed. My reaction was that these comments must have been of such a bland flavor that the algorithm could not classify them. I wonder why a person would take the time to write such comments at all. Second, the majority of analyzable comments opposed the guidance but were not negative or positive. This means the staffer at FDA charged with the task of reading this volume of work will unlikely be emotionally assailed by our comments.

To answer my question in the headline, machine learning using this algorithm analyzed half of the docket and generated a rough map of sentiment. Assuming the ratios above hold up to analysis of the complete docket, machine learning can give a very quick sentiment analysis and point to commenters with strong opinions for further analysis.