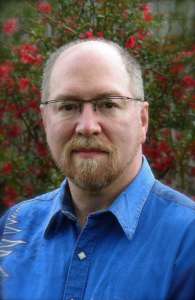 AAHP had a chance to catch up with the association’s Secretary, Eric L. Foxman, for a quick look back and his perspective on where we’ve come.

AAHP: It is rumored that you have been involved with homeopathy for some time. How did it come about, and how long has it been?

Eric L. Foxman: I spent a summer next door to a family that owned a pharmacy in Manhattan, where I lived and went to high school. They offered me a job working during the school year (stocking, cleaning, jack of all trades helping). Turns out the pharmacy catered to a European immigrant community and had hundreds of dried herbs and store-made tea mixtures, plus many “home remedies” made right there. There was also plenty of compounding of homeopathic products; that was the original setting for Weleda’s homeopathic activity in the USA. My first work day took place in September 1971—50 years ago this month. It was all so interesting and “made sense” to me that a half century later, I am still involved with the homeopathic industry.

AAHP: 50 years! That’s quite a commitment. In that time, you also became a pharmacist?

ELF: Yes, it became evident that the Weleda Pharmacy, which by then had grown and moved from New York City to one of the neighboring counties, needed an infusion of professional help. I went to pharmacy school and got my license in 1978. As I moved over the intervening years, I have been licensed in New York, Washington, and Oregon. I have done a small amount of work in community pharmacy, but all through these decades I have continued my activities with homeopathy in one way or another.

AAHP: Why the pharmacist’s license?

ELF: When I began with Weleda, a lone pharmacist, Dr. Schiller, had been there a long time and wanted to retire. There was no one to take his place, so it seemed like the obvious—and needed—step at the time. I was lucky. There is no “homeopathic pharmacist school,” but Dr. Schiller had an incredible lifetime of hands-on experience plus a willingness and ability to pass on that knowledge. He worked at Weleda for 40 years before retiring. His first 40 years were in Europe where he had been born in 1897, the year the first edition of the Homeopathic Pharmacopeia of the United States was published. Thus, in a strange way, I feel an indirect connection with that first edition of the HPUS.

AAHP: Eric, you have been involved with our association for a while. How long has it been?

ELF: I attended my first AAHP meeting around 1979-1980. At that time, it was just a half dozen members; we literally met in someone’s hotel room by bringing in a couple of chairs from other rooms. I really was the new kid on the block; the others had known and worked with each other for many, many years.

Weleda supported my involvement as we inherently knew the importance of industry members working collaboratively for common goals. After all, our parent company in Germany and Switzerland had been doing that for decades and saw the tangible fruits of those efforts in the regulatory and market environment in their countries. Thus, it was not long before I was in my first of three stints as Secretary of the Board of AAHP. Later, I worked with two other homeopathic firms, including time in Europe, and have since become an independent consultant helping multiple companies. For more than four decades, I have continuously been either a company representative or an individual member of AAHP. Mostly I am delighted to have served as a Board member for 31 of those 41 years.

AAHP: What changes have you seen in AAHP and the homeopathic industry?

ELF: Both have gone through ups and downs. I was relieved 20 years ago when what had been a split organization reunited by putting aside minor philosophical differences and began working together again for more important objectives that could carry every company into a better market position. One big challenge has been addressing the skepticism that has emanated from some in regulatory agencies and the naysayers. The other challenge is companies surreptitiously marketing their products under the guise of being homeopathic — which incudes one homeopathic active ingredient amongst many non-homeopathic so-called “inactives.” All those challenges have strengthened AAHP as an essential point of contact and a common voice for the overall industry. We are wiser, stronger, and better focused because of that.

AAHP: And you’ve done work with the HPUS, too?

ELF: Yes. I am one of the original (1980) members of the Homeopathic Pharmacopeia Convention of the United States. At some point along the way, I have been active with each of its working committees and have been on the Board of the HPCUS for 15 years. There have been many challenges and accomplishments, and the current project is perhaps the most interesting, with the potential for the most far-reaching impact and benefit for the industry. The HPCUS is working on closing technical gaps in homeopathic GMPs. AAHP is supporting that with outreach and education efforts to inform the industry of the project, the status, and the outcome of that work.

Just a few days ago, I was part of an informal discussion with a couple of people from FDA regarding this ongoing project. I am still digesting what we discussed, however my primary takeaway is: multiple individuals within the agency recognize that a by-the-letter-of-the-regulations approach is not going to work with homeopathic drug products; rather, they see the spirit of the regulations needs to be considered first and a pragmatic implementation of that spirit is the only appropriate path forward. At the same time, the members of the industry need to stop trying to bypass fundamental requirements that accompany being part of the overall drug industry. That’s may be a tall order for some, but it is important for everyone: industry, regulators, and most especially, our customers, who expect compliance.

AAHP: Thanks for taking the time, Eric. We wish you much success in your next half-century with homeopathy!

ELF: [laughter] I don’t know if I’ll stick around that long. But I have had fun so far, and I hope I’ve helped the industry in general and have made a positive difference for some companies