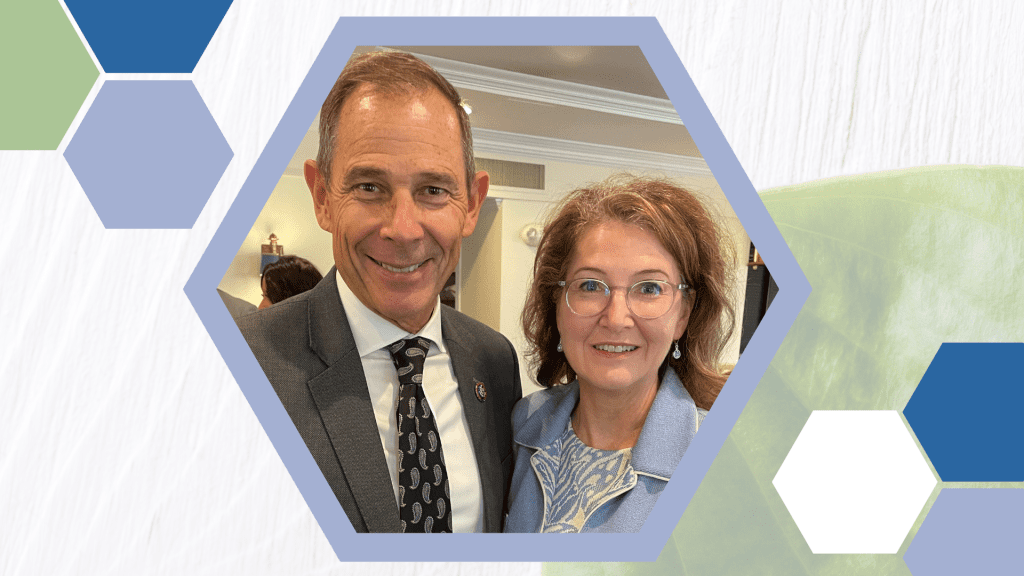 On Sept. 16, 2022, AAHP once again sat down with U.S. Congressman John Curtis (R-Utah-3rd district) to brief him on the homeopathic industry and AAHP’s current work with the U.S. Food and Drug Administration (FDA). The intimate 10-person lunch was an opportunity to update the Congressman on issues and show the industry’s support for him.

Rep. Curtis first engaged AAHP within months of his election to Congress; in 2018 he was one of 10 Representatives who signed a letter driven by AAHP from Congress to FDA on the agency’s draft guidance.

The Congressman’s interest in natural products stems from a number of dietary supplement companies in his district, which is the area southeast of Salt Lake City and includes Orem and Provo. In fact, the natural products sector has a large economic footprint in the state of Utah from a per capita basis. Curtis, therefore, has served as one of the House of Representatives’ co-chairs of the Congressional Dietary Supplement caucus since 2019. Last year, he introduced a bill that would allow dietary supplements to be eligible for purchases through Health Savings Accounts and Flexible Spending Accounts.

Curtis also serves on the Health Subcommittee of the House of Representatives’ Energy and Commerce Committee that oversees FDA. At the time of the publishing of this article, it seems that the balance of power in the House will shift to Republican control after the November elections. If that happens, then the Current Ranking Member of the House Energy and Commerce Committee, Rep. Cathy McMorris Rodgers (R-Washington-5th district), would become committee chair. As a Republican, Rep. Curtis would thereby be in the governing party and have more influence of health care-related legislation and oversight in the upcoming 118th Congress.

Due to these positions, AAHP has made an effort throughout the years to keep Rep. Curtis informed on issues for the homeopathic industry.

At the recent lunch, Curtis’ remarks suggested he was familiar with homeopathic products and FDA’s draft guidance from several past meetings with AAHP and other homeopathic groups. He listened how the industry is working with FDA to close technical gaps with FDA’s Office of Pharmaceutical Quality (OPQ), and how thus far FDA has been engaged.

AAHP exchanged information with others at the lunch representing the Consumer Healthcare Products Association and the Council for Responsible Nutrition, and former U.S. Representative Mia Love (R-Utah-4th district from 2015 to 2019). Love, who also signed the 2018 letter driven by AAHP, now serves as a commentator on CNN and The View and, that day was representing essential oil company dōTERRA International at the lunch.

This was the second such lunch AAHP attended in recent years. At a December 2019 event, AAHP was able to thank Rep. Curtis for his signing of the 2018 letter to FDA and update the Congressman on the status of the guidance. As recently as February 2022, AAHP met with the Congressman’s new health staffer to acquaint her with homeopathy, regulatory framework background, and current issues/challenges.

AAHP will continue to nurture this relationship and encourages AAHP members to support Rep. Curtis in light of his interest in homeopathy and influential role as a member of the House Energy and Commerce Committee.