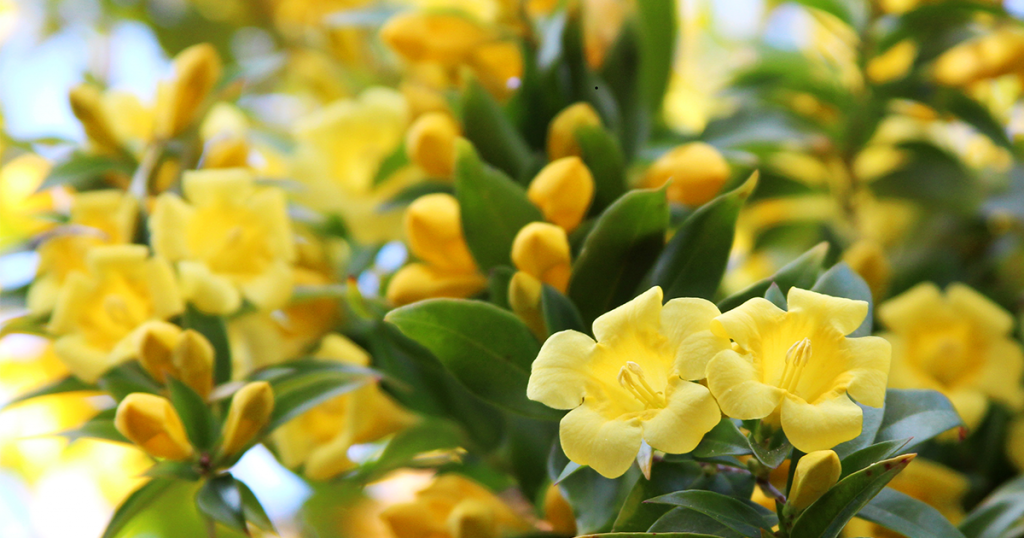 Gelsemium sempervirens is a plant substance, commonly known as yellow jasmine, native to tropical and subtropical Americas. The traditional herbal use was for a number of neurological and dermatological problems including measles, ear pain, dysmenorrhea, headaches, muscle pain, and anxiety. All parts of the plant are toxic, containing strychnine-related alkaloids including gelsemine and gelseminine.

Homeopathically, this medicine is considered very useful for anxiety. Specifically, it has been used to address anticipatory anxiety or a fear that one will lose control. This leads to a “deer in the headlights” type of reaction where the person can become frozen from the anxiety. This particular anxiety can be associated with a generalized nervous system reaction, causing symptoms like dizziness, nausea, weakness, fainting, trembling, headache, and exhaustion. While classically used for anxiety reactions and anticipatory anxiety, other conditions have also been treated with Gelsemium.

Conditions that may call for the use of Gelsemium sempervirens:

When using Gelsemium sempervirens for the treatment of a specific pathology, the homeopathic indications should be considered as guiding information to help select the medicine. These indicators include:

I had a direct experience of the Gelsemium state once while giving a lecture. Though I was well qualified to give the talk, I suddenly became light-headed and completely lost my train of thought. I became sort of stunned for a moment or two. My legs felt very weak and began to tremble a bit. My voice was weak and unsteady. The light-headed sensation was not vertigo, but a faintness that progressed to nearly fainting. A rush of thoughts distracted me from my presentation. I felt chilled and weak. I had the distinct desire to run from the place. After about ten minutes, the sensations passed as I continued my talk. Though never repeated, I am convinced that I entered a Gelsemium state acutely during the talk.

Paolo Bellavite and his research team found that Gelsemium sempervirens 5CH, 7CH, and 30CH had statistically beneficial effects of lessening anxiety in mice exposed to new environments when tested using standard research models.[i] These effects reflect prior findings from two other investigations looking at the positive effects of Gelsemium in regulating emotional responses and behavior in laboratory mice. Marzotto et al found that various attenuations of Gelsemium sempervirens from 2C to 30C significantly changed the expression of 56 genes related to nerve function in a human cell line. Forty-nine of the genes were down-regulated while seven became over-expressed.[ii] In 2009, Venard et al conducted a comparative analysis of the effects of dilutions 5CH, 9CH, and 15CH of G. sempervirens or gelsemine (the major active principle of G. sempervirens) on allopregnanolone (3α,5α-THP) production in the rat limbic system (hippocampus and amygdala or H-A) and spinal cord. The study demonstrated changes in the physiological pathways involved in anxiety at both the 5CH and 9CH dilutions of G. sempervirens, but not at 15CH.[iii] A large study looking at those patients who seek treatment for sleep, anxiety, and depressive disorders in France found that psychotropic drugs were likely to be prescribed 64% of the time by patients seeing a conventional health care provider, while only 31% of the time when seeing a homeopathic clinician when the severity of disorders were similar.[iv] Earlier studies by Guillemin 1989 and Cardenne 1991 demonstrated comparable efficacy of Gelsemium sempervirens and a benzodiazepine for treating anxiety in two groups of 60 subjects. These studies have been reported by Scheepers and van Wassenhoven.[v] Finally, a phase III randomized controlled trial of 180 subjects tested the efficacy of Gelsemium sempervirens for anxiety when not individualized. The findings showed no difference in the groups when treatment with 5CH or 15CH was compared to placebo.[vi]

This research is beginning to show how highly attenuated medicines may generate significant physiological changes and lessen the use of chronic psychotropic drugs. They are also revealing that effectiveness may not be demonstrated when such medicines are used in a non-individualized, allopathic manner. Selection and use of homeopathic medicines should be done in a manner consistent with homeopathic principles. Likewise, research should be conducted in a manner to match these principles rather than in an allopathic manner.