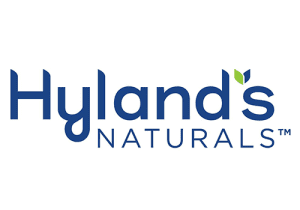 In 1903, eight Los Angeles physicians were without a convenient source for homeopathic medicines, so they joined forces and founded Standard Homeopathic Pharmacy to provide the highest quality homeopathic products for the homeopathic community.

In 1910, George H. Hyland purchased the pharmacy from the physicians and expanded the original compounding pharmacy into Standard Homeopathic Company. 1923 brought an enthusiastic pharmacy student into the organization, Cecil Craig. After the death of George Hyland in 1964, Mr. Craig became the president of the entire organization. Cecil Craig's son, Jack, joined the company in 1955 and learned the business. Jack built the company with his father and served as its president from 1980 until his death in 1999.

This company has offered the market some of the most innovative and leading products over the past decades. Hyland's Pink Aspirin for Children was the first product of its type offered to the public in the 1940's. In the 1960's, the product was discontinued in favor of a purely homeopathic product line. Another market leader is Hyland's Calms Forte. Calms Forte is the #1 homeopathic product and probably one of the most well known because it has helped so many people with a basic necessity of life—sleep!

Standard Homeopathic Company was founded as a full-service compounding pharmacy. Our company, while it is operated as a business, is first and foremost owned and operated by homeopaths. As homeopaths, we realize the necessity to adhere to the original mission and provide the complete line of products—even if we only sell one bottle of a certain potency of a single remedy a year, chances are, we will stock it "just in case you need it."

Today's mission of Standard Homeopathic Company holds the vision of our original founders true: We are committed to being America's premier health care company, providing the highest quality products at accessible prices.