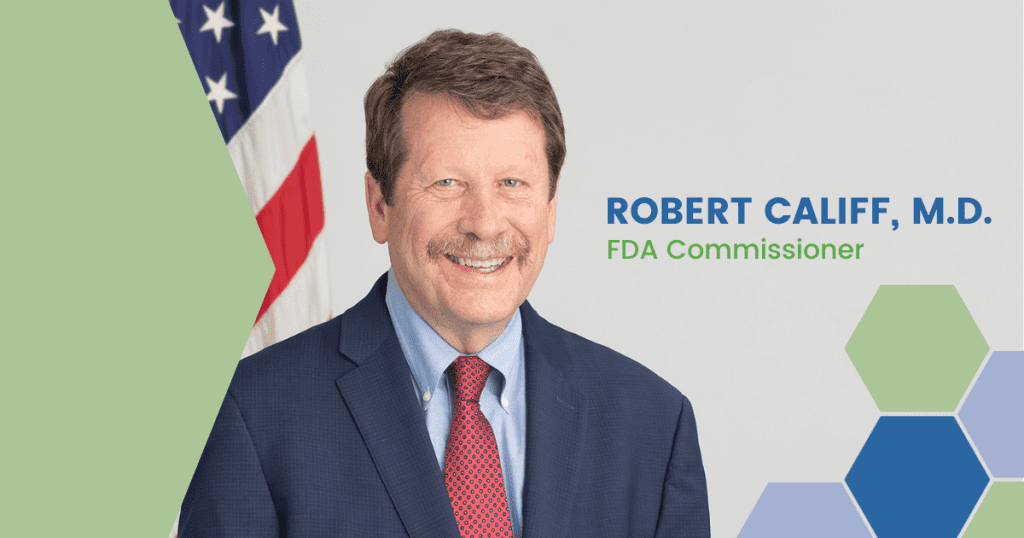 Prominent cardiologist Robert Califf, MD, will once again serve as FDA Commissioner after being confirmed by the Senate on Feb. 15. Dr. Califf was first nominated to the position by President Joe Biden in November 2021.

After graduating from Duke University School of Medicine, this native of southern Carolina began his career by completing two residencies, the first in internal medicine at the University of California, San Francisco, and the second in cardiology at Duke. Dr. Califf continued his career, later becoming a member of the National Academy of Medicine.

A tenured professor of medicine and vice chancellor for clinical and translational research at his alum mater, Dr. Califf founded the Duke Clinical Research Institute. He is widely regarded as a leader and expert in clinical trials – particularly the randomized controlled trial.

Dr. Califf joined FDA in February of 2015, serving as the agency’s Deputy Commissioner for medical products and tobacco until February 2016 when he was elected to serve as FDA Commissioner in the last year of former President Barack Obama’s administration.

Biden previously said Califf will bring a steady hand to the organization as the drug regulator faces urgent decisions on COVID-19 vaccines, therapeutics, and testing to fight the pandemic, according to the report.

The White House relied on six Republicans to move Califf across the finish line after five Democrats voted against Biden’s nominee. The final vote was 50–46 for Califf as opposed to his 89–4 confirmation vote in 2016.

His nomination passed out of the Senate Health, Education, Labor, and Pensions (HELP) Committee on Jan. 13 by a vote of 13–8. It was met with more opposition than initially expected as several Democratic members of the Senate expressed concern for his ties to the pharmaceutical industry and criticized that the agency didn’t do enough to address the opioid epidemic under his prior leadership.

AAHP will monitor how Dr. Califf’s return to this position will affect the ongoing relationships and shared efforts between FDA and our industry.